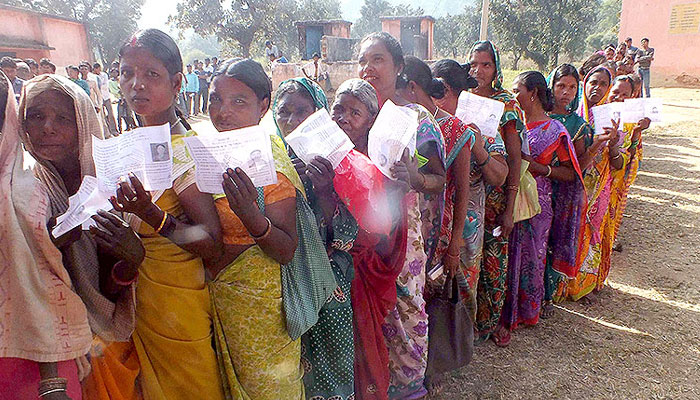 When the Election Commission announces the Assembly poll schedule in a couple of days, Jharkhand will not figure in the first list. The Assembly polls in this state will not be held together with Maharashtra and Haryana, it is learnt.

An inquiry revealed that the poll schedule for Maharashtra and Haryana Assemblies may be announced on or before September 15.

In fact, polls for three state Assemblies Maharashtra, Haryana and Jharkhand are due before the end of 2019. Notifications for polls to Haryana and Maharashtra are going to come first.

Next, Jharkhand Assembly will go to polls later. Why? This tribal-dominated state is affected by Maoists. As a result, security forces have to be deployed in strength. Moreover, the Assembly polls may be held in five-six phases due to the left-wing extremism threat and deployment of forces, it is learnt.

In Maharashtra and Haryana, the polling and counting process may be completed before the Diwali festival.

Records show that in 2014, poll schedule for Maharashtra and Haryana Assemblies was announced on September 20 and the voting took place on October 15, while the counting votes was held on October 19. Diwali was celebrated on October 23.

In 2014, Jharkhand voted in five phases between November 25 and December 23. All three states-Maharashtra, Haryana and Jharkhand are BJP ruled states. The EC team headed by Deputy Election Commissioner held a day-long discussion with these states CEOs on Wednesday

As it is, the EC has conducted meetings with these state representatives and Home Ministry officials. In view of Maoists threat in Jharkhand, security assessment and deployment of paramilitary forces during elections, polls were planned to be held later, it is learnt.