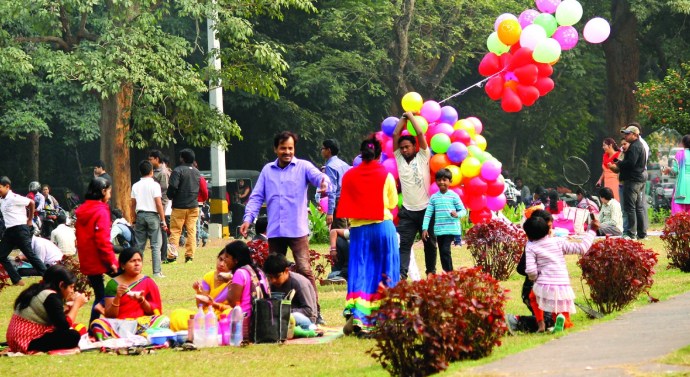 Under Prime Minister Narendra Modi regime, Jharkhand has turned as home to ground heroes. In fact, the 70th Republic Day recorded a list five Padma awardees, each of whom belongs to this state.

All of them were unsung heroes of this state. Among them is 84-year-old medical practitioner of Ranchi, Dr. Shyama Prasad Mukherjee, who is popularly known as ‘the Poor Man’s Doctor’.

He still does not rest and serves patient charging a fee of a mere Rs 5. Sometimes, those poor patients who can not afford to give this small sum is served by him free of cost.

Notably, Mukherjee’s name included in the list of 94 Padma Shri awardees announced on Friday. Mukherjee, an octogenarian has been treating people for past fifty years running the clinic at posh Lalpur Chowk of the state capital.

Sr Mukherjee told www.jharkhandstatenews.com: “While I never served the poor for any award, it is indeed a proud moment for me that the Government has recognised my contribution to the society and selected me for the prestigious award.”

Mukherjee, MBBS from Patna Medical College and Hospital (PMCH) in 1957, has been treating patients ever since. He said, “I had never thought of earning money for living a lavish life. You have to draw a line for your lifestyle.”

Another two Padma awardees who hailed from Jharkhand are : Jamuna Tuddu and Bullu Imam. In fact,38-year-old woman environmentalist Jamuna Tuddu has been working in East Singhbhum district for more than two decades, protecting the Jal(water) and Jungle(forest) in her area.

Tuddu, narrating her experience how she decided to devout her life protecting environment said, “In 1998 when I reached my in-law’s house at Muturkhana village under Chakulia block of the district, I was upset seeing large scale deforestation going on in the area. The villagers for money were cutting down Saal trees. I was pained and decided to create an awareness protecting the trees.”

“I took up the idea with some fellow villagers; initially a village level committee comprising mainly women was set up for protecting Jungle. People from other villages especially women came forward in cause started by me. Now there are more than 300 committees with each committee having 10 to 15 people in the group working in their drive protecting environment.”

Third one is Hazaribagh based environmentalist Bulu Imam. He who had recently died at 98-year old was given the award posthumously. Imam, who belonged to a rich land lord family, had married an Adivasi woman. His grand father, Syed Hasan Imam was president of the Indian National Congress in 1918. He was awarded for his contribution to environment and culture.

Imam also gave encouragement and more teeth to fight against the mighty mining companies and preserve natural resources.  He has been waging a non-violent fight protecting the environment in Upper Damaodar Valley (Karanpura).

Trump proud of his status No 1 in Facebook, Modi No 2