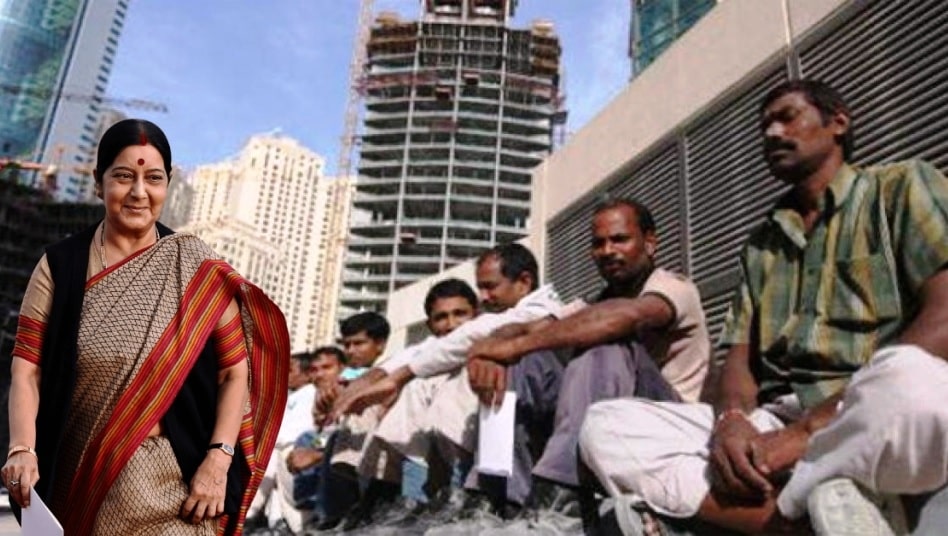 Many people have paid floral tributes to her. Many of them held her in high esteem. But for a group of poor workers in Jharkhand, Sushma Swaraj was a messenger of God.' She saved our lives.', said Ludka Manjhi, a resident of Giridih who ekes out his living by working as a daily wager

Ludka is not an odd case..He is among 41 workers of Giridih. All of them hold similar sentiments connected with ex External Affairs Minister. As www.jharkhandstatenews.com approached three of them, their story unfolded. The story dates back to July 6,2016 when they had gone to Riyadh, Saudi Arabia for livelihood-jobs.

They were promised to get employed there in a high tech company. When they reached there, they got cheated. In the absence of cash to stay put and feed themselves, they faced untold miseries.' For months, we were unable to have two meals a day", recalls Shahdeo Singh, a resident of Pirtanr,Giridih. They learned that they had become victims of fraud traffickers.

Records show that they were promised to get employed by the L&T. However, on reaching Riyadh, they were directed to join the Arabian Team Contracting Establishment.' For a couple of months, we were paid some cash monthly. Later, payment was stopped", he recalls."With no job at hand, we all wanted to return home safely. But we could not because we lacked cash."

In a group, they got in touch online with Sushma Swaraj who was external affairs minister and informed her their woes."When she learned our case, she launched a movement of a sort to rescue us", says Shahdeo as tears roll down his face. Soon, they all were rescued and the Indian Embassy in Saudi Arabia helped them return home.' As long as I live, I can not forget her.' Similar sentiments were expressed by three other workers who now reside in Bagodar and Hazaribagh.